I am from Virginia. In elementary school I learned that meant we have deciduous trees, grass, a river, some mountains, moderate rainfall, and four distinct seasons except when global warming wants to remind us not to get too comfortable. In short, Virginia—including Richmond—is a temperate climate, which means we attract a variety of animals. Snakes, wasps, deer, bees, raccoons, blue jays, possums, otters, turtles, June bugs, mosquitoes . . . they’re all pretty standard. Granted, I’m annoyed or made nervous by most of them, but it’s not like I’ve never seen a spider in my house before, you know?

That said, I was genuinely a little freaked when pondering over what animals I’d encounter in Morocco. Sure, we were visiting big, so in theory that meant I wouldn’t meet anything too surprising, but no matter what Morocco wildlife simply would not be Virginia wildlife. And I surely found that out when I got there.

One of the other students on the trip was worried about scorpions, a creature whose presence in Morocco had never crossed my mind. Sure, I thought there would be a wide variety of little buggers roaming around, but scorpions? Nah. I was actually more worried about mosquitoes.

I know, I know, it’s a desert; mosquitoes like water and grass, two things that deserts typically don’t have in abundance, but I was paranoid! What if I got bit by the one mosquito in the country that was carrying yellow fever? And then, I realized, part of me was buying into the image that Africa was a black hole full of disease carrying insects. When I realized that, my attitude changed and my paranoia eased.

Aside from flies and gnats, the only bug I genuinely remember seeing was a spider. In Rabat, at the university, I turned down my sheets (checking for bugs) and boom, there was a spider. It was small, about the side of a nickel, and solid black with a fat body. Was I happy to see a spider in my bed? No. But was it as big as the wolf spiders in my laundry room every autumn? Heck no. I smacked that little guy and let him fall behind the bed, but I’d be lying if I said I didn’t think twice about him. In fact, I refused to sleep in the bed.

Indeed, I gathered the bed set, shook it out for ten minutes, and made myself a little nest on top of the table.

Yes. I slept on a table.

I’m barely scraping 5 feet (1.6 meters) and I’m as wide as, well, a table; sleeping on one wasn’t as uncomfortable as you may imagine. I know, bugs can crawl and fly anywhere, so being elevated off the floor wasn’t preventing my contact with insects, but it made for a decent comfort. That and the fact I made a notionally effective perimeter around the table with a travel can of deep woods Off! I also sprayed a bit on my blankets, which is an undeniable health hazard, but at least I was able to sleep with the relief that none of Charlotte’s babies would be able to invade my impenetrable bug-proof fortress.

The truth, though, is that the spider wasn’t there because of some sort of infestation or the city’s natural affinity for creepy crawlies. It was probably just there because the room hadn’t been inhabited in over a year. People move out, bugs wander in, it happens.

If I had to give any advice, it would be to do as I say, not as I do. Please use the bed.

At the time, I had seen exactly 3 snails in the Richmond wild, one of which my brother adopted. He was dubbed Snailey Bob, we fed him carrots and lettuce, and he lived a long, happy, snaily life, which is more than I can say for some of the slimy mollusks crawling about Morocco.

In Fes, for example, a student on the trip was interested in some soup outside the market. The salesman offered some to her, she knitted her brows, stared intently into the cup, and asked what was in it.

Snails. It was snail soup.

Personally, I don’t eat snails; the texture creeps me out and to pull it out of a shell is a spine-chilling feeling. I would never dismiss someone else’s desire to munch down on them, though, and even though the student immediately returned her cup, I thought it sounded like a pretty neat dish.

When they weren’t floating around in hot street soup, though, the snails were hanging about on leaves and rocks, mostly in Rabat. I’m not sure what snails do in their free time, but whatever it is, they seemed to be getting a lot of it in Rabat.

Now, I can proudly state I have witnessed at least 100 snails in my life.

I am not a cat person.

So, as luck would have it, Morocco was naturally filled with cats.

Market cats, campus cats, airport cats, hotel cats, kasbah cats, car cats, table cats, street cats, grass cats, and cats falling from the sky. Seriously, I was on the roof near midnight and two very large cats with mangled tails dropped down beside me. If I was on the roof, where did they drop from?

I was told that the cats are kept around to keep the mice population down, and for real, I’d rather have 200 cats than 1500 mice. Besides, the cats aren’t aggressive (even though a good many are banged up). They also aren’t clingy or nosy and didn’t seem to have the ‘tude that American cats do. Frankly, the cats minded their own business, which was greatly appreciated.

As cute as the kittens may be, though, I implore you please don’t pet the strays. It’s a foreign feral cat . . . don’t touch. 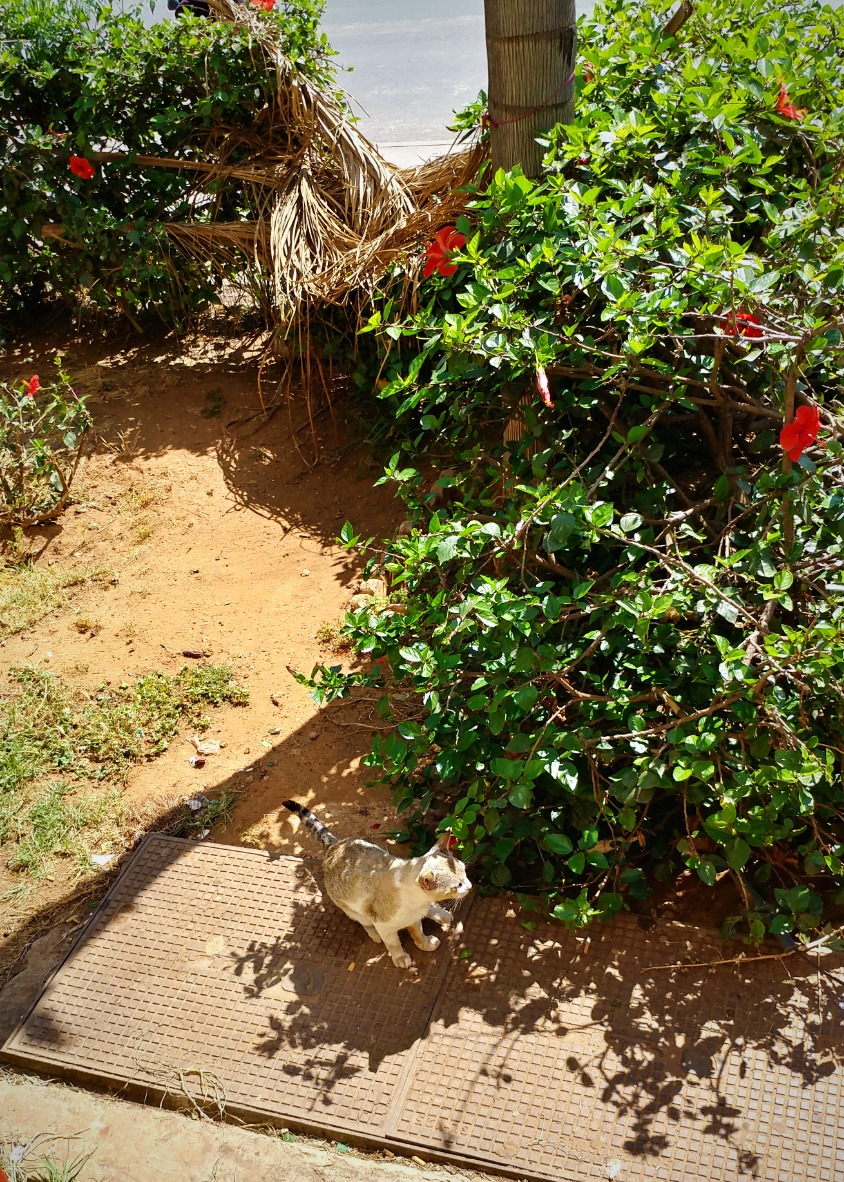 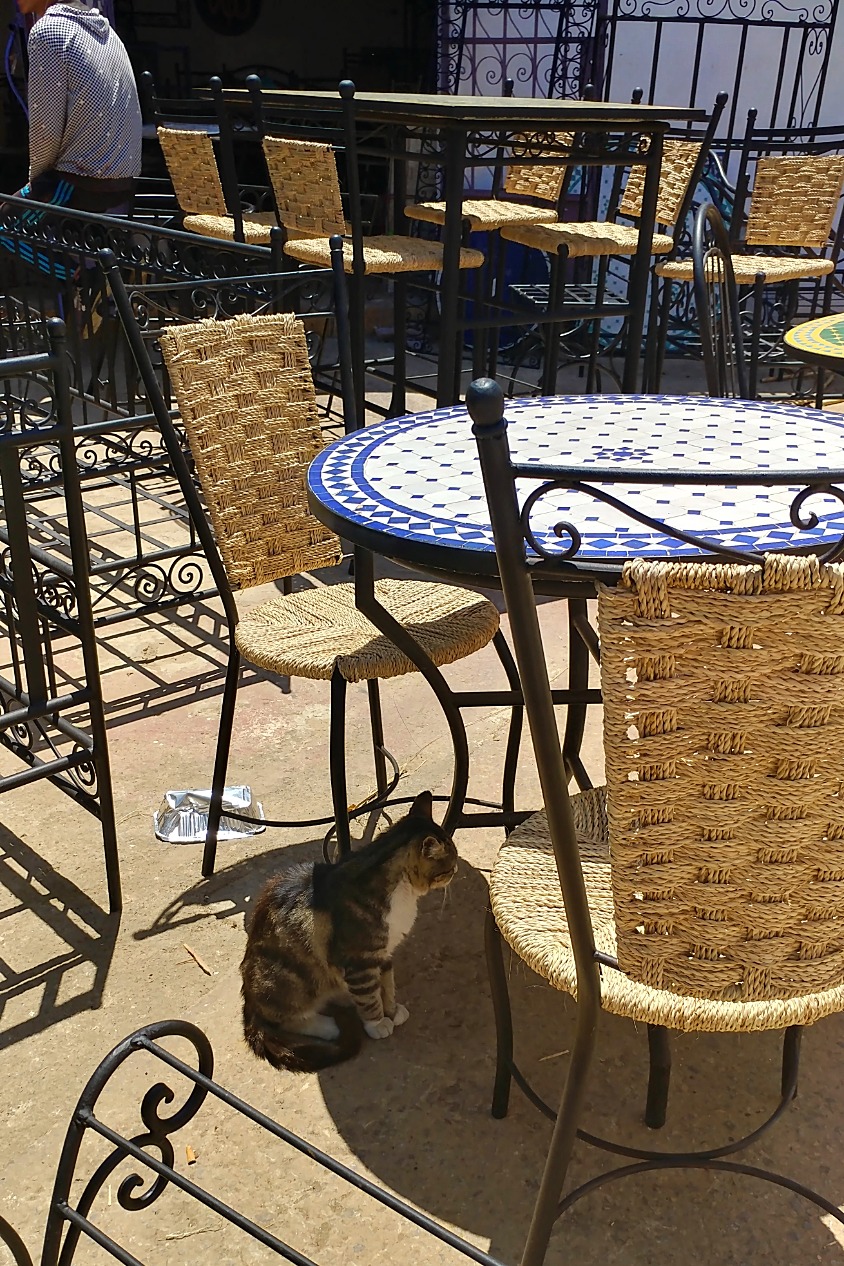 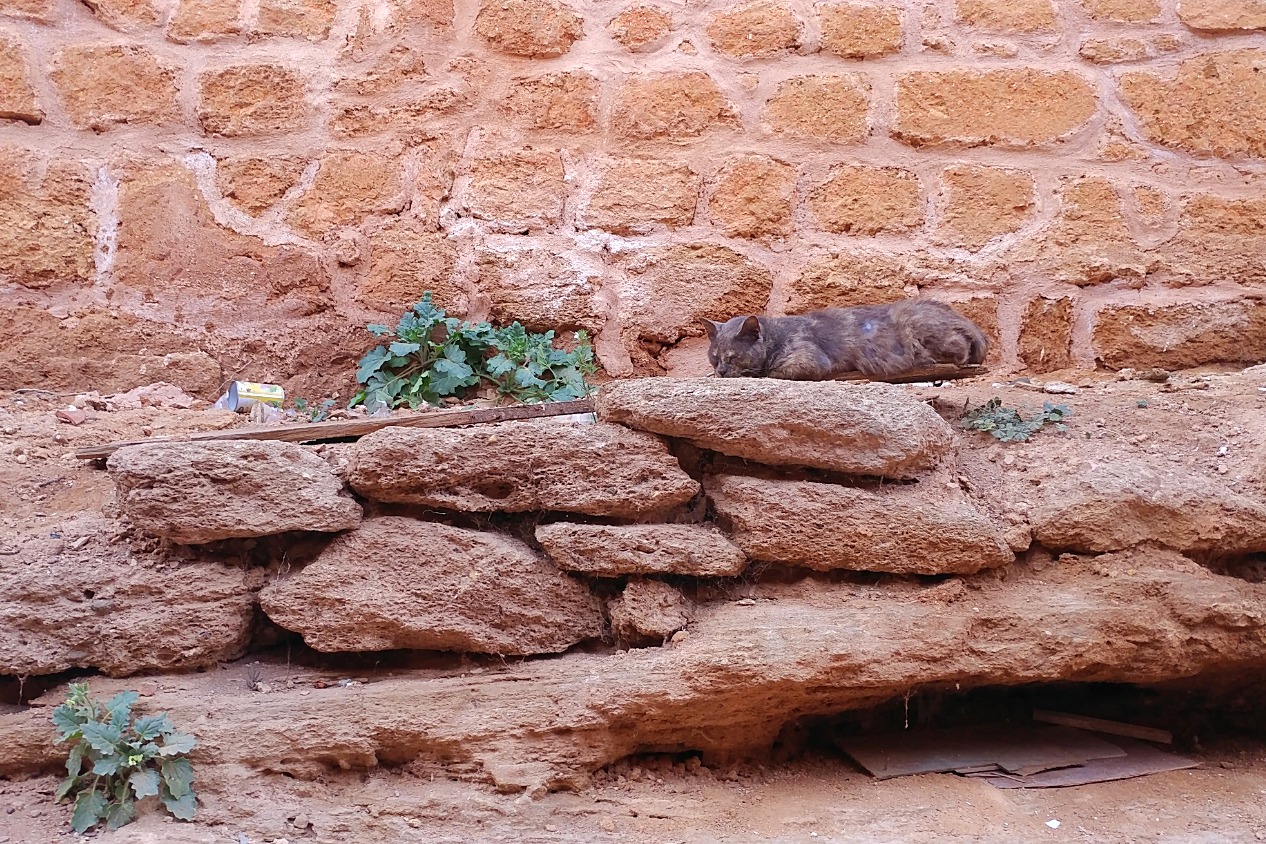 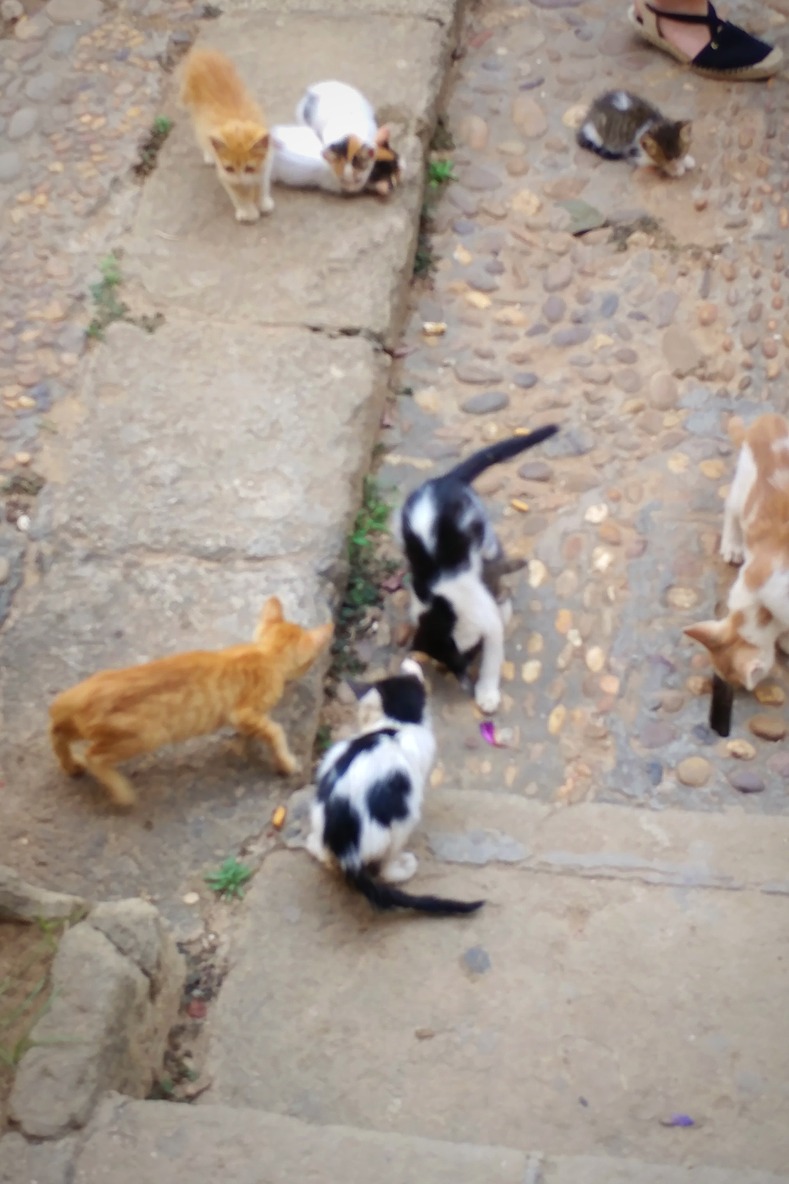 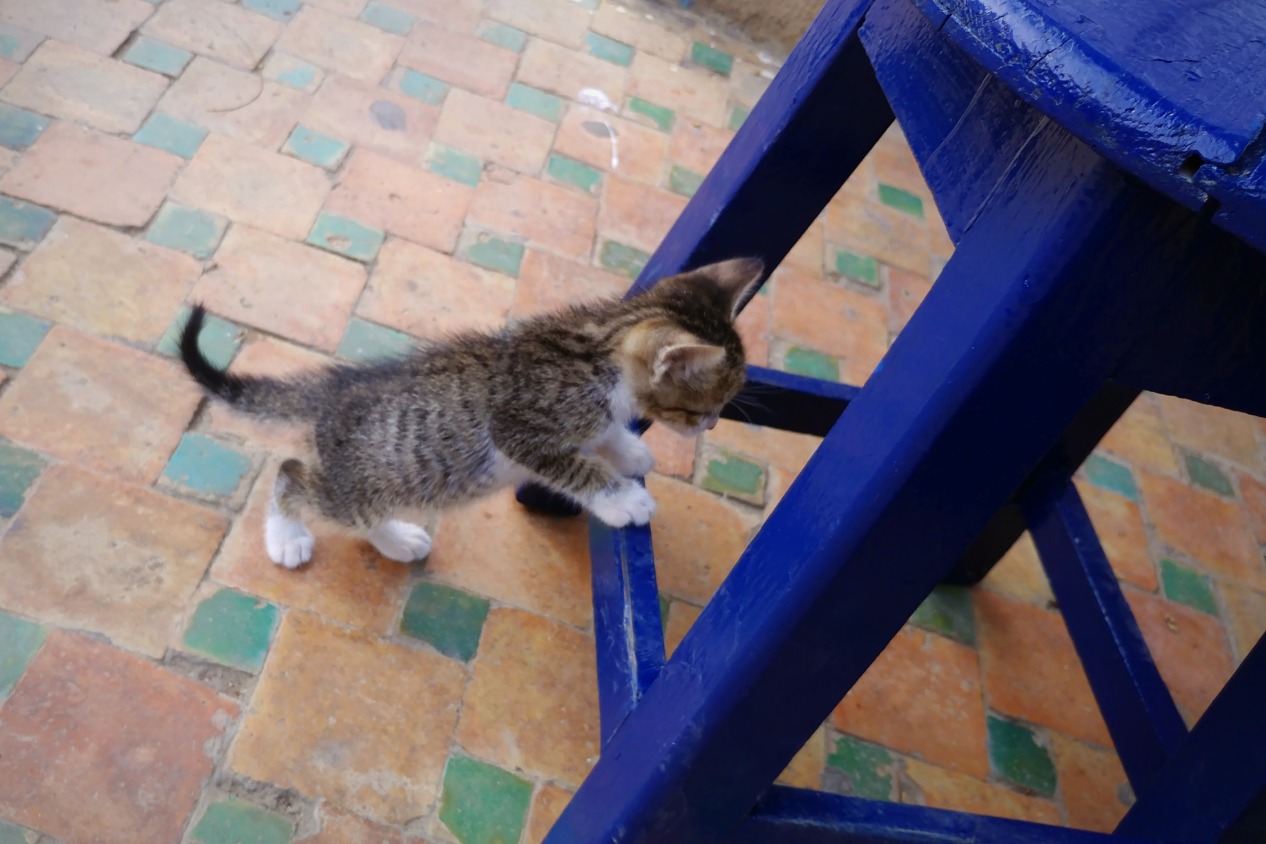 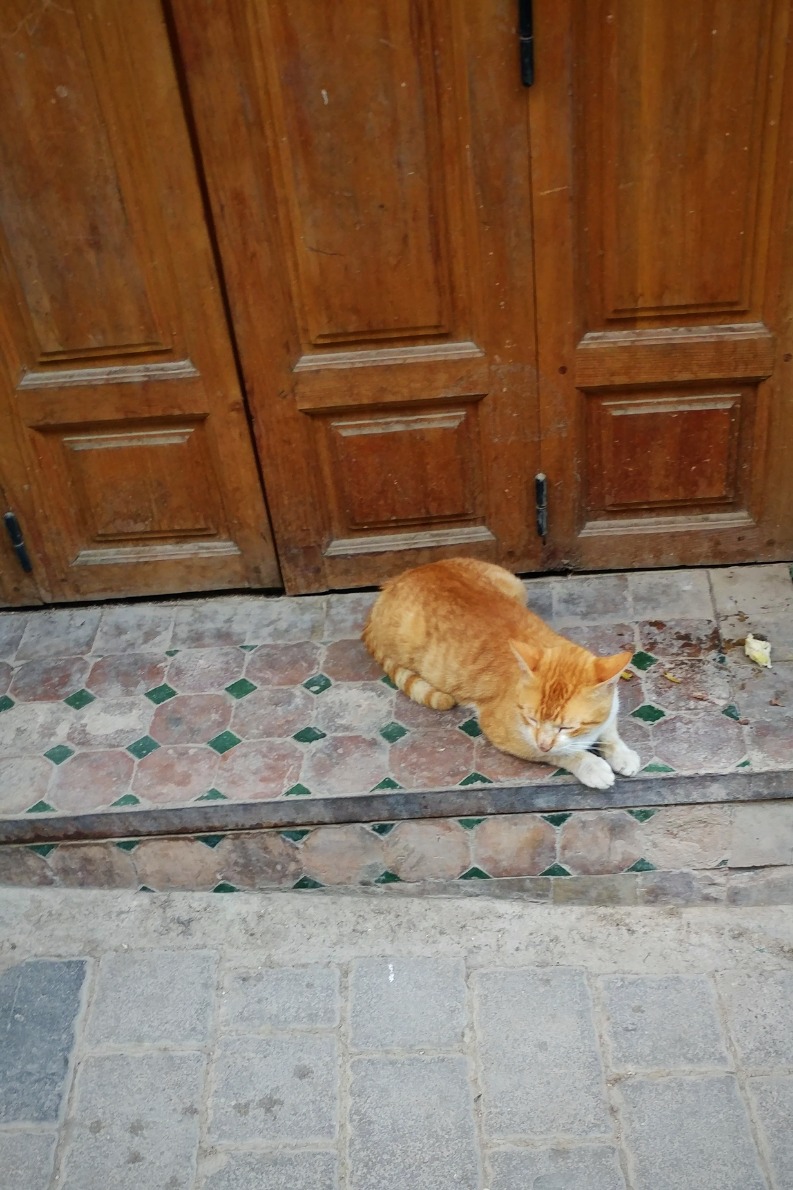 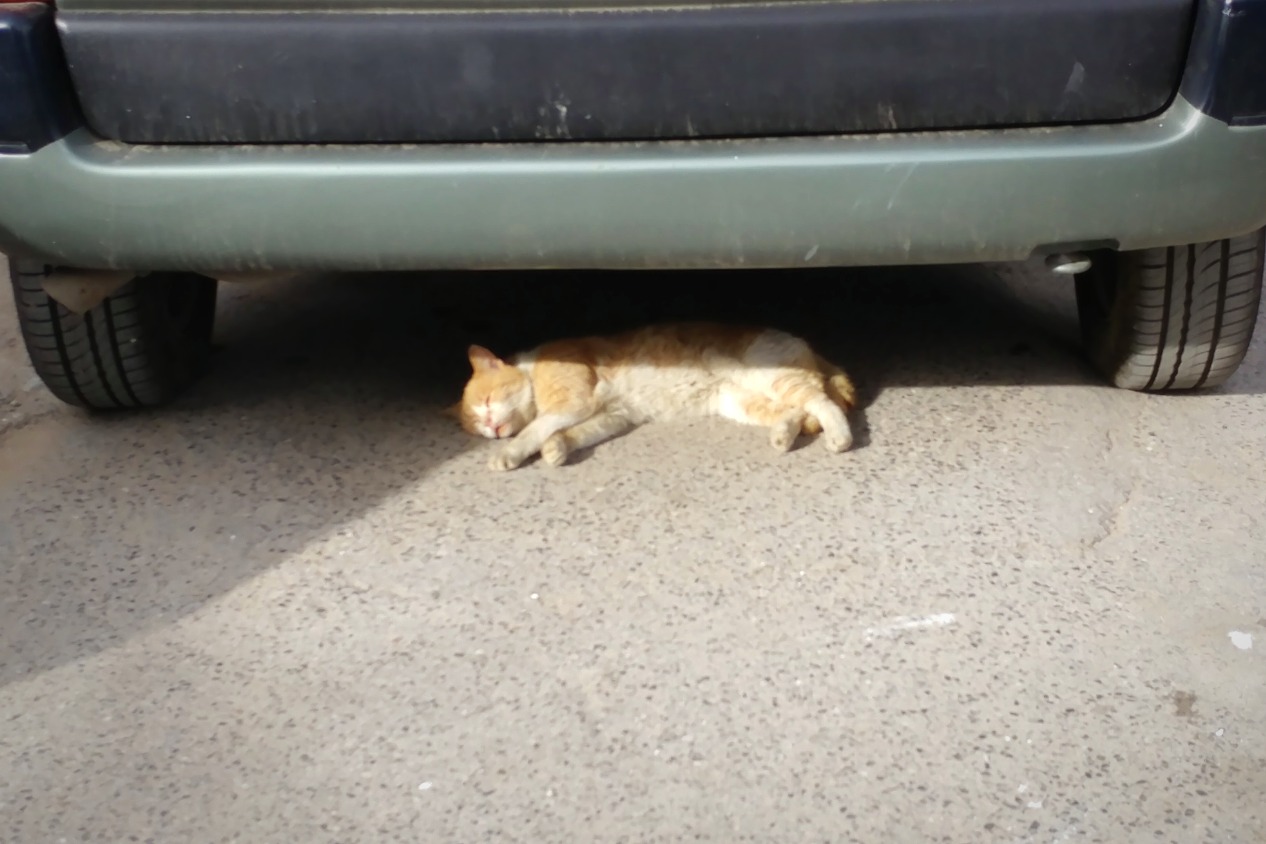 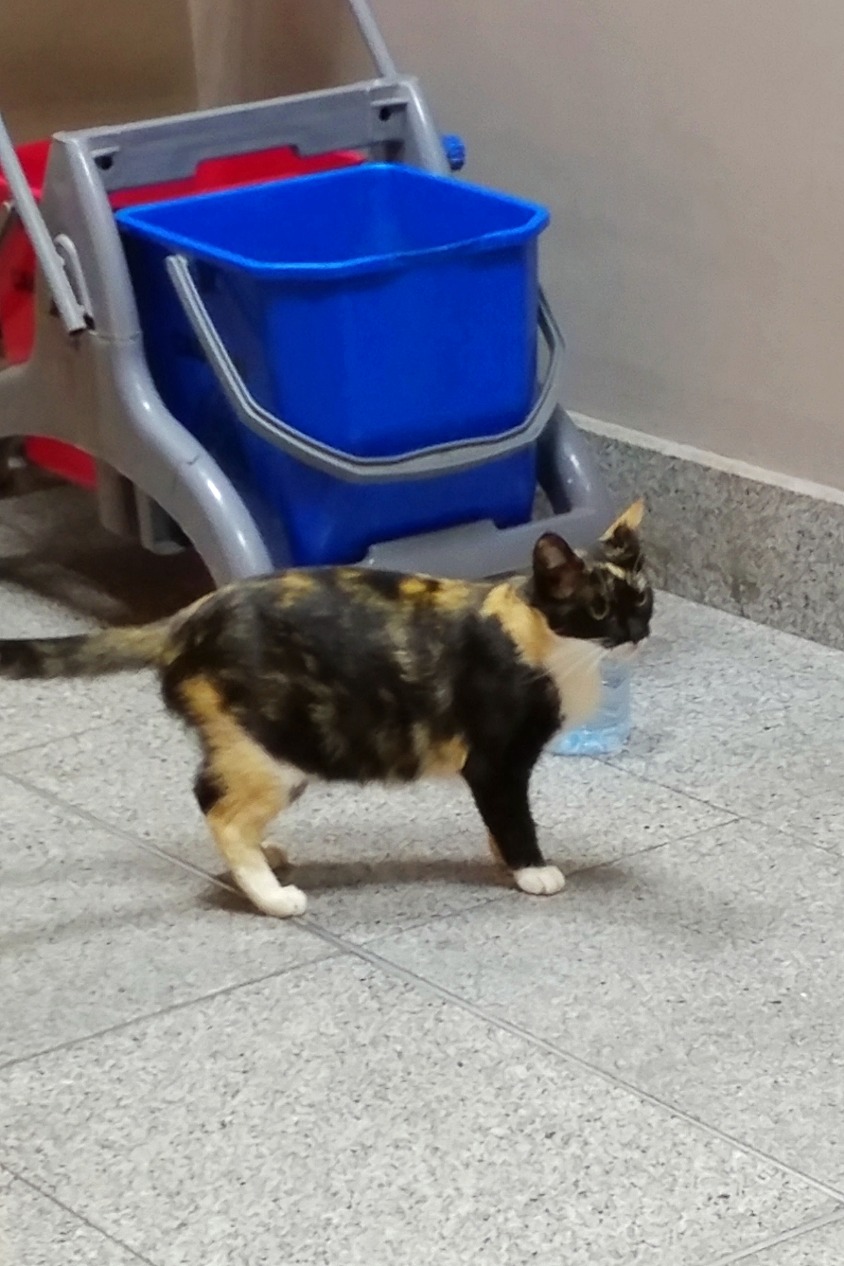 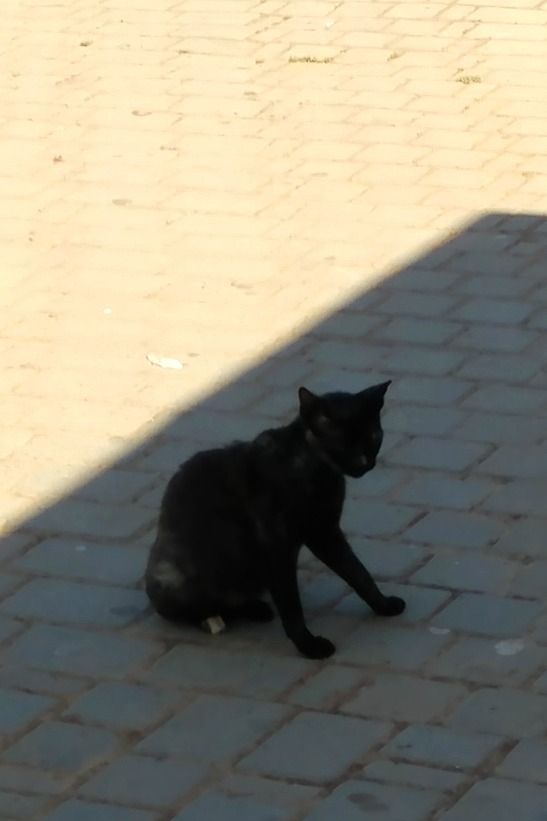 In addition to what I listed above, I also saw pigeons, goats, sheep, mules, and horses guarding Hassan Tower. As you might can tell, the animals I saw in the country weren’t incredibly “exotic”. I’m sure the more interesting animals—as in to say, the animals we wouldn’t see roaming wild in the U.S.—lived a good distance away from the cities. So, no, I didn’t see any scorpions or cartwheel spiders or sand ticks. I didn’t see any hyenas or jackals or notably beautiful birds. I didn’t even see a dog. The Morocco I experienced was mostly cats, snails, and harmless insects. So, if you’re anything like me, paranoid about nature invading your manmade personal space, you can put your mind at ease.